Labelled “antisocial” in a concentration camp

The homeless, sex workers, single mothers, alcoholics, petty thieves and the ‘work-shy’: these are just a few examples of the very diverse group of people who were labelled “antisocial” by the National Socialists and who were deported to concentration camps as a result. At the camps, they could be recognised by the black triangle on their camp uniform. Many people in Germany were imprisoned for being ‘antisocial’, but this also happened to approximately 2,700 Dutch people. The persecution of this specific group of people had not been researched before, until now. The Freedom Museum in Groesbeek has extended this exhibition until 6 November 2022.

‘The Black Triangle’ tells the story of the persecution of the poorest of the poor in Germany and the Netherlands in a broad context: from early eugenics to the horrors of the concentration camps and the long post-war struggle for recognition. The social policy of the Netherlands in the field of “antisocial families” before, during and after the war is examined as well. Poor families deemed “antisocial” faced “re-education” in isolated camps in the countryside, during and after the occupation.

These moving stories will be virtually unknown to the larger public. Who has ever heard of the ‘beggars’ week’ in Germany in 1933, for example? Or the Moringen and Uckermark youth concentration camps? Who knows that the “preventive police” in the Dutch provinces of Brabant and Limburg hunted down ‘beggars, vagrants, black market traders and other scum’? The hundreds of poor people from Rotterdam who were deported to re-education camps immediately after the war: who has ever heard their stories? Personal stories and evocative documents and objects are complemented by Rob Worst’s powerful illustrations: large prints in dramatic black and white of events of which there are no photographs.

The social relevance of this material for modern society is never far away. ‘Words as weapons’ is the theme that runs through the entire exhibition. Based on examples taken from history, visitors learn how words can still stigmatise, dehumanise and disguise cruel and inhumane measures, even today.

The Black Triangle is more than an exhibition: by researching the persecution of “antisocial” in the occupied Netherlands for the first time, the Freedom Museum has written the first chapter of a history that has been largely left untold for more than 70 years. A book, published to accompany the exhibition, will ensure that this story remains accessible to the public and to researchers after the exhibition. The (Dutch) book will be published by Uitgeverij Van Gennep and will also be available for purchase in the shop of the Freedom Museum. 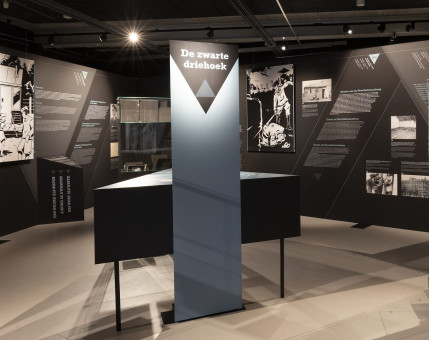 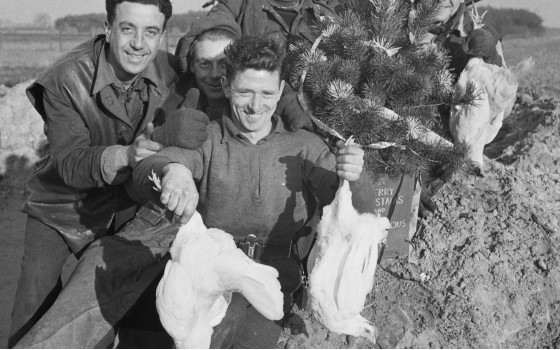